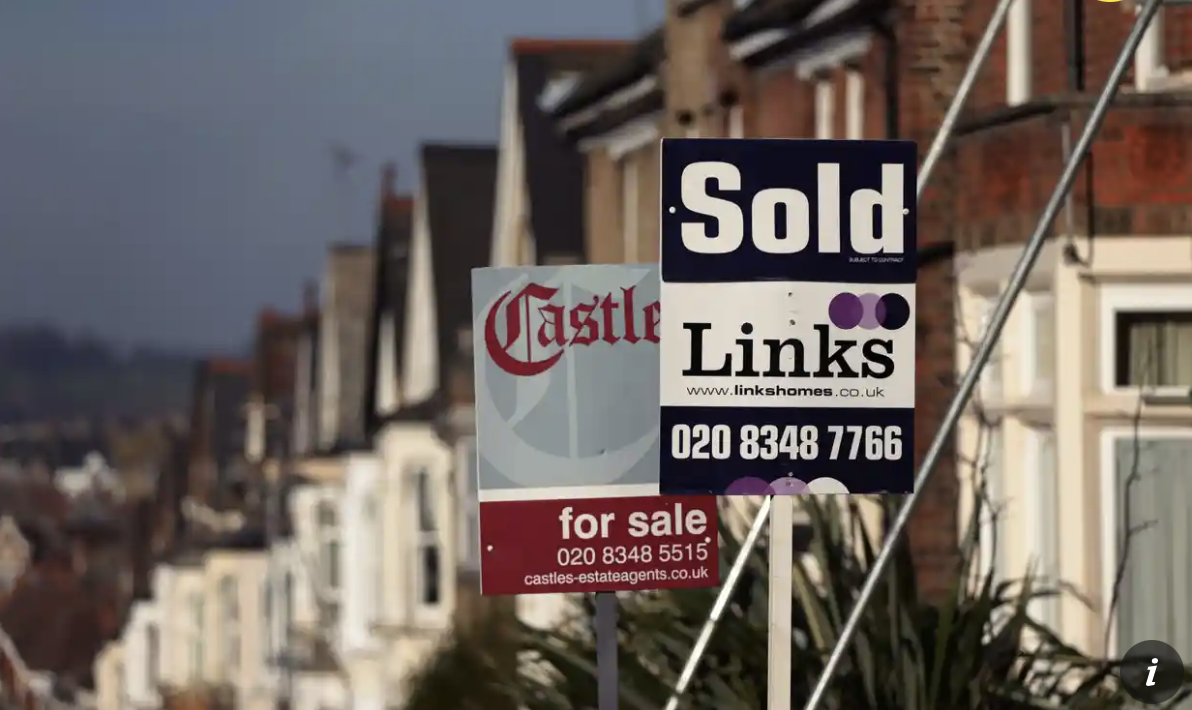 Homeowners will struggle to make mortgage repayments and repossessions will rise next year as soaring interest rates and falling prices mark the end of the UK’s 13-year housing market boom, according to a sobering report from the Royal Institution of Chartered Surveyors (RICS).

The number of inquiries from potential homebuyers fell for the fifth month in a row in September, while sales fell to the lowest level since May 2020 when the housing market all but ground to a halt during the early stages of the coronavirus pandemic, it said.

The number of new instructions to sell has continued to fall – stock levels are at historic lows with estate agents on average listing just 34 homes on their books.

“Storm clouds are visible in the deterioration of near-term expectations for both pricing and sales,” said Simon Rubinsohn, chief economist at RICS. “The turmoil in mortgage markets in recent weeks has compounded the increasing level of economic uncertainty resulting from higher energy bills and the wider cost of living crisis, shifting the dial in the housing market.”

House prices have remained resilient due to the limited supply for sale, but the pace of growth is rapid slowing with forecasts of at least a 10% price fall next year as surging interest rates heap pressure on household budgets.

On Wednesday, the average two-year fixed mortgage rate hit 6.46%, while the average five-year deal was 6.32%, the highest level since the financial crisis in 2008, according to Moneyfacts.co.uk.

The Bank of England’s financial policy committee on Wednesday said that the proportion of households struggling to pay their mortgages could rise to levels not seen since the 2008 financial crisis if interest rates and living costs continue to climb. “It will be challenging for some households to manage the projected rises in the cost of essentials alongside higher interest rates,” it said.

However, policymakers said this was unlikely to result in a banking crisis, given that borrowers were in a “stronger position” than they were before the financial crisis. The Bank said this was partly due to caps on the amount that people could borrow for mortgages, compared with their incomes.

Soaring mortgage rates are pricing new buyers out of the market, while homeowners looking to remortgage are facing crippling increases in payments.